Preceding her in death were her parents, Rudolph Vernell Sr. and Mary Mockaby Orr; and one brother, Terry Orr.

Sulema Marisol Barrera, age 27, died Wednesday, November 16, 2011 after suffering injuries from an accident at Producers Gin, located in Belen, MS.  She was a Christian, and was currently attending Lyon Baptist Church in Lyon, MS.  Miss Barrera is survived by her parents, Francisco and Bartola Acosta Portillo.  She is also survived by two brothers, Daniel Ernesto Barrera, of Juarez, Mexico, and Julio Cesar Barrera, of Monterrey, Mexico and a sister, Graciela Argentina Barrera, of Juarez, Mexico.

Funeral services for Miss Barrera will be handled by family at a later date in Juarez, Mexico.

Services were held at 2:00 p.m. on Wednesday, January 7, at Ott and Lee Funeral Home Chapel in Morton.  Rev. James Watts officiated.  Internment was in Springfield Cemetery in Morton.

Mrs. Barrett, a native of Pontotoc County, was a resident of Morton for 37 years.  She was a longtime employee of B. C. Rogers Poultry Company at Morton and a member of Springfield Baptist Church.

She was cared for at home by the caring nursing staff of Grace Hospice in Cleveland, MS.

She was preceded in death by son, Scotty Howell; brother, “Bo” McClenic; and father, Belmont McClenic.

She donated her body to the University of Mississippi Medical Center.

A memorial service will be held at a later date.

John Henry Black of Carrollton, MS, formerly of Marks, died February 8, 2009, at Baptist Memorial Hospital in Oxford.  He was 74.

Memorial services were held Friday, Feb. 13 at 2 p.m. at First United Methodist Church of Grenada with the Rev. Guss Shelly officiating.  Visitation with the family will be at 1 p.m. prior to the service.

Mr. Black owned and operated John Black Construction Co. for 35 years before retiring to raise horses on his farm near Grenada.  He was a member of First United Methodist Church of Grenada and was vice president of Poorhouse Water Association.

He is survived by his wife of 56 years, Barbara Vaughan Black; his son, John H. Black, Jr., of Carrollton; his daughter, Debbie Black Fletcher and son-in-law J. Crisler (Cris) Fletcher of Sardis; two grandsons, Joseph C. (Joey) Fletcher, Jr., of Jackson, MS and Vaughan H. Fletcher of Sardis; a sister, Imogene Black Gordy of Hazelhurst, MS; and a host of nieces and nephews who loved him.

Inez Dancy Blackwood of Batesville, 77, teacher for Lake Carrier and Crowder Elementary School for 30 years, died of heart failure Monday, October 31, 1994, at Baptist Memorial Hospital-North Mississippi.  Services were at 2:00 p.m. on Thursday, November 3, at Wells Funeral Home with burial in Forrest Memorial Park.  She was a member of the First United Methodist Church.

Sister Booker was born June 10, 1941, to the late Mr. Hess Howard and the late Mrs. Gertrude Howard Holden in Brazil, MS.  She confessed her devotion to Christ at an early age and continued to serve the Lord throughout her life.  She worshiped at Wright’s Temple C.O.G.I.C. of Tutwiler.

She practiced faithfully the old African saying that it takes a village to raise a child and dedicated her life to improving the well-being of children throughout the communities without boundaries.  She enjoyed the years she spent with the Quitman County Head Start Center, We Do Care Center and the QCDO Daycare Center.  She had a special gift to find a treasure in everyone and everything.

On July 30, 1960, she united in holy matrimony to Robert Haze Booker, Sr., and to this blessed union ten children were born.

The family of the late Sister Charlene Booker expresses its sincere appreciation for all the acts of kindness during this time of sorrow.  A heart-filled thank you is extended for every thought and prayer.  May God bless you.

Billy G. Bridges, a Terrell, TX area resident, passed away on Wednesday, November 29, 1995, in a Terrell hospital.  Funeral services were held at graveside at Weaver Cemetery on Friday, December 1, at 2:00 p.m. with the Rev. Tim Mabe officiating.  Arrangements and interment were under the direction of Goggans Funeral Home of Terrell.

Mr. Bridges, born December 8, 1932, in Mississippi to Willie Frank and Lina Grice Bridges, was employed as a truck driver for Yellow Freight Lines.

Services were at 11:00 a.m. Sunday, September 10, at Clark Funeral Home with burial in Sweethome Cemetery.

She also leaves two sisters, Deshalique K. Bridges and Rosheemah Bridges, and a brother, Raldeen K. Bridges, all of Jackson and her grandmother, Mary A. Edwards of Oakland.

Services were Thursday, October 23, at 2:00 p.m. at Lambert United Methodist Church with burial in Lambert Cemetery.  Kimbro Funeral Home of Marks had charge of arrangements.

Mrs. Brower, a retired postmaster from the Lambert Post Office, was born in Crowder on November 27, 1922.  She was a 50-year member of the Lambert United Methodist Church and also a member of the Eastern Star.

Survivors include her husband, Radford “Rat” Brower of Lambert; two daughters, Janice Jackson of Indianapolis and Janelle Carey of San Antonio; one brother, Sammy Lee Everett of Jackson; seven grandchildren and one great-grandchild.

She was born October 19, 1928, in Marks to Eligah and Pearly Killebrew.  After graduating from high school, she attended Morningstar Baptist School and Lambert Vocational School.  She was married to Melvin Brown.

For the past 19 years, she was an extended anchor for her extended Naval family. In that capacity, she and her granddaughter, Arlean, toured the country.

He was the son of Louise Williams and the stepson of James Williams of Lambert and the son of Ben Willie Brown of Chicago.  He is survived by his wife, Nicole Brown and two sons, Jermaine and Nicolas, all of Germany. 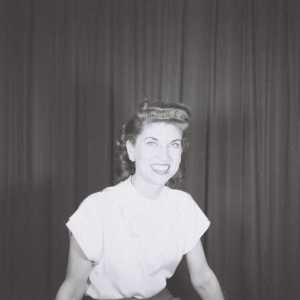 Services were Saturday, December 24, at 11:00 a.m. at Marks First Baptist Church with the Rev. James Tidwell officiating.  Burial followed at the Marks Cemetery. Kimbro Funeral Home in Marks had charge.

Born May 9, 1924, in Gassaway, TN, Mrs. Bryan was a 1943 graduate of Central High School in Cannon County, TN.  Following graduation, she worked for Tennessee Eastman and later Union Carbide from 1944 to 1954 in Oak Ridge, “The Secret City,” where she was involved with the Manhattan Project, which is where the first atomic bomb was co-developed.  She received a certificate of appreciation from the United States War Department on August 6, 1945, for her participation in that project which led to the successful conclusion of World War II.

Mrs. Bryan is remembered in Marks as the owner of Billie’s Fashions and The Men’s 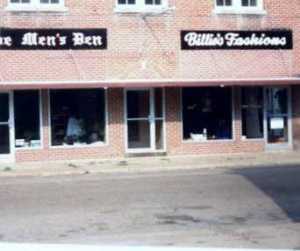 She was a avid gardener and dedicated member of the Marks Garden Club.  She served several years as the treasurer of the club and served from 1996 to 2005 as the president.  During her tenure, the club was very active in civic projects to improve the city of Marks.  No other recent club president served as long or as faithfully.  To honor her, the Marks Garden Club gave her a Life Membership in the Garden Clubs of Mississippi.

She was a member and dedicated servant of the Marks First Baptist Church for over 45 years.  She taught children’s Sunday School, led the hostess committee and oversaw the landscaping of the church grounds and their upkeep.

She was involved in the Baptist Children’s Village and unselfishly volunteered her time at the Quitman County Nursing Home.

She was preceded in death by a son, Michael Wayne Bryan; a brother, Richard Erroll Ferrell; and a sister, Martha Sue Youngbloood.

She is survived by her husband of 51 years, R. C. Bryan of Marks; two daughters, Sharon Lynn Bryan and Cathy Virginia Larson and husband, Todd, both of Dallas, TX; a son, Cecil Cea Bryan and wife, Jan, of Cordova, TN; two brothers, Alfred C. Ferrell and James H. Ferrell, both of Nashville, TN; and two grandchildren, Emily and Chelsea Larson.

The family has asked that memorials be made to the Marks First Baptist Church, the Marks Garden Club or the Baptist Children’s Village.

W. L. was born in Pope, MS to William Boyd and Ruby Rogers Burks.  Lee and his wife, Bonnie, founded Batesville Retread Center 16 years ago.  He was a member of the LaBelle Baptist Church of Memphis, TN.

Andrew Shelton Burton, Jr., age 4, of Inverness went to Heaven on Wednesday, January 18, 2012.  Visitation was from 9:00 a.m. to 10:30 a.m., Friday, January 20, with the Worship Service following at 11:00, at First Presbyterian Church in Belzoni.  Shelton was buried in his favorite place in the world, the family farm on Cole Lake, outside of Isola.  Mortimer Funeral Home of Belzoni was in charge of arrangements.

Shelton was born on October 23, 2007.  He possessed a zest for life and lived every moment to the fullest.  His passion was to be anywhere on the family farm, but most especially riding a tractor, a combine, or a cotton picker with his Daddy. When Shelton was not with his Daddy, you would find him close to his Momma’s side.  He loved to climb into her lap for his favorite books to be read over and over. He loved his trains, “Thomas and Percy” and they went everywhere he did.  Shelton brought his own special love to each person who loved him.

Pallbearers were Roland Terry of Meridian, Chase Pearson, of Belzoni, Drew Slater, of Greenwood, and Joseph Ledbetter of Yazoo City.  Each of these men held a special place in Shelton’s life and he adored them.